McIntosh Labs describes the new RS200 as a wireless loudspeaker system, but in real terms, it’s a lifestyle audio system, designed to bring music to rooms and spaces that aren’t suited to a full-blown separates system.

The single-chassis RS200 links a 650 watt integrated amplifier with a variety of input options to a dual speaker array, each with four drivers. Measuring 630mm wide, 145 mm high and 320 mm deep, the 13,3 kg unit is a little too big and heavy to be considered portable, but is easily accommodated on shelves or counters. 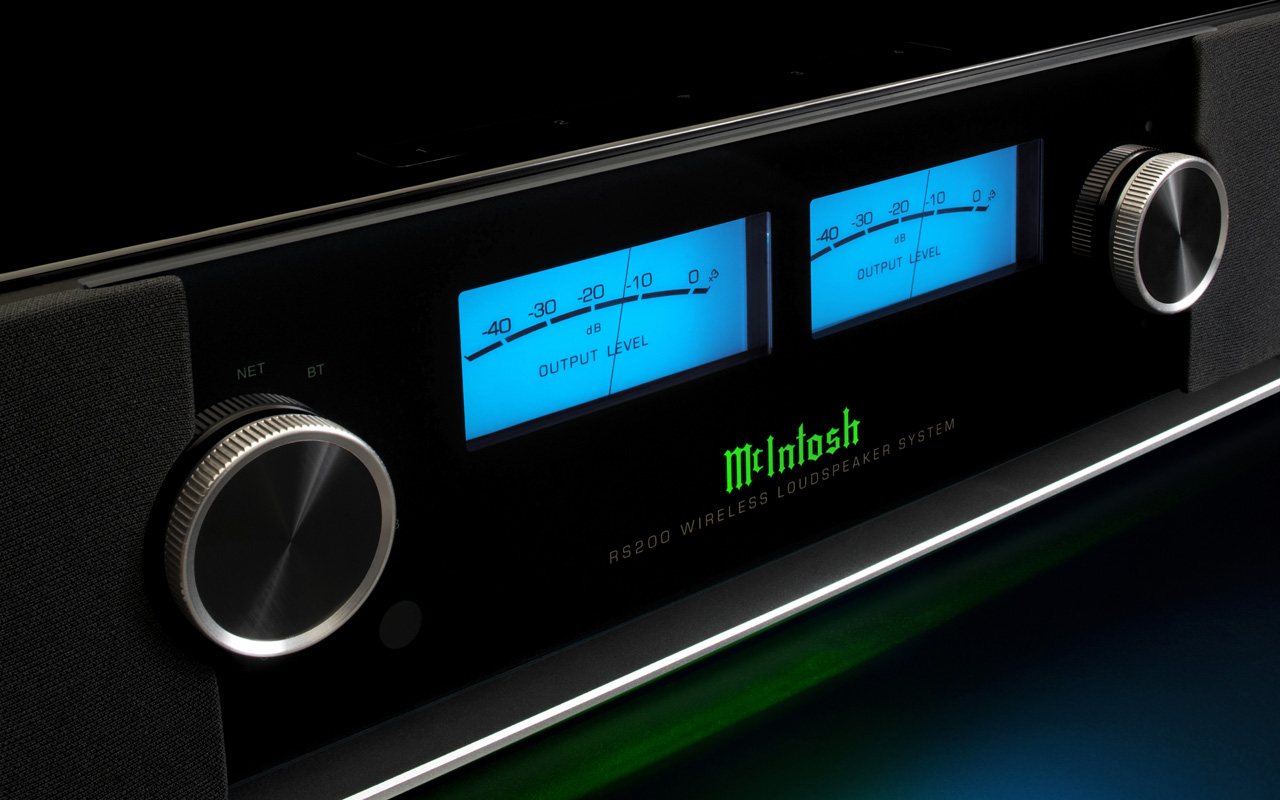 It’s also unmistakably McIntosh, thanks to a black glass fascia dominated by blue-illuminated VU meters, and brightwork-trimmed rotary dials. The speaker modules on either side each contain a 19 mm tweeter and a pair of 51 mm midrange drivers, as well as a concealed 100 x 127 mm woofer.

Each tweeter/midrange array is powered by 200 watts, with the woofers each getting 125 watts of their own, for a total system output of 650 watts. A subwoofer output allows easy connection of a sub for those craving more bottom-end energy.

True to its ‘wireless’ billing, the RS200 focuses on wireless sources via a choice of Apple Airplay and Airplay 2, as well as Bluetooth 5.0. The latter offers apt-X HD to allow playback of high-res files. DTS Play-Fi wireless multiroom audio is also supported. 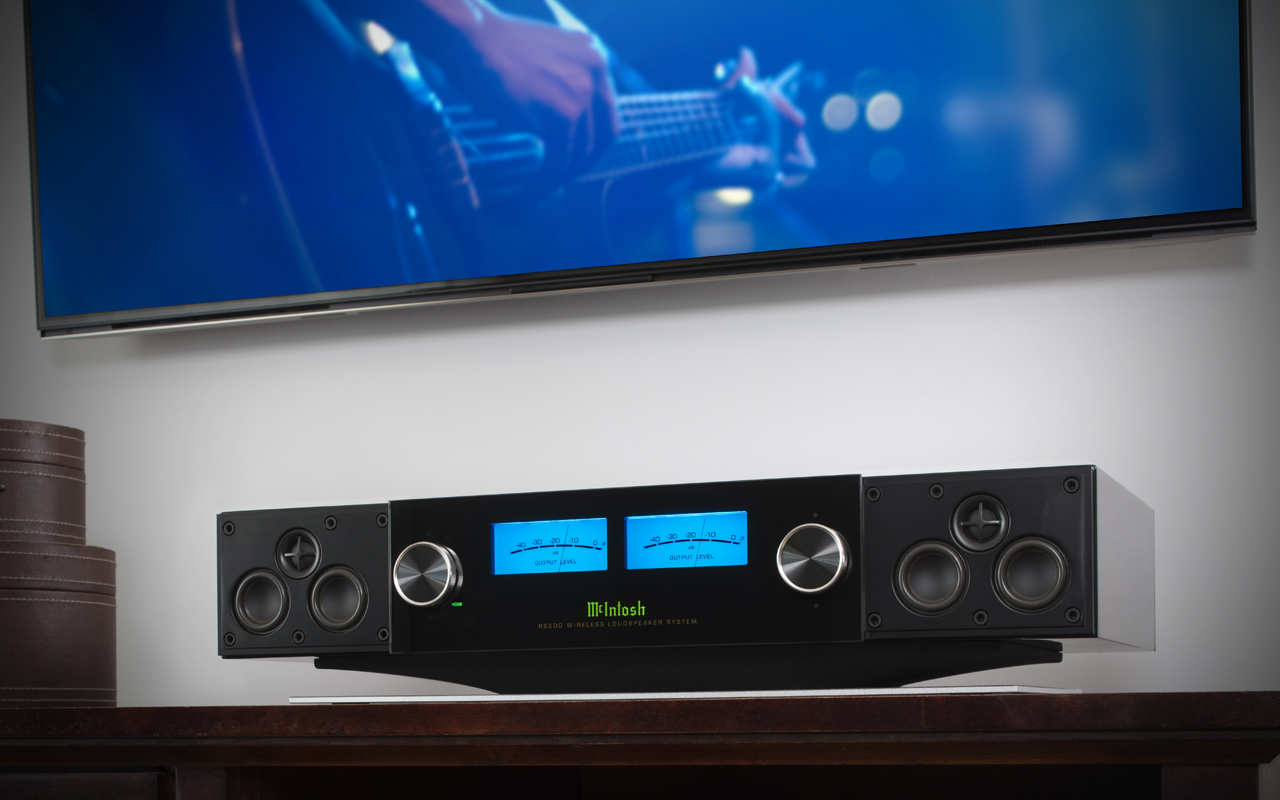 Play-Fi provides a gateway to several streaming services, including Tidal, Spotify, Qobuz, and more. It also allows material from wired sources to be streamed to other Play-Fi devices on the same network.

The RS200 offers voice control via either Apple Siri or Amazon Alexa. Want more than just stereo sound? Then connect a pair of McIntosh RS100 wireless speakers in a surround role for a more immersive audio experience.